Every year Michael Winner spends his Christmas holiday in Barbados, staying at the world renowned Sandy Lane Hotel. It is arguably one of the most exclusive places in the world to see and be seen at that festive time of year, with room rates approaching $3,000 per night with a 14 night minimum stay required. Food and drink not included. Release the hounds!

And as he does every year upon his return to London, Michael Winner publishes a Barbados Restaurant Review in the Sunday Times “Winners Dinners” column. Restaurant managers and owners are known to go into DEFCOM 3, high alert when “Winner, Sandy Lane, 444-2000” appears in their reservations book. His ascerbic (some claim cruel) wit and take no prisoners style of restaurant reviewing has both fans and detractors agreeing on one thing: you either love him or hate him.

Michael Winner has made more than 30 films in his career as a director. His best known film was probably DEATH WISH, starring Charles Bronson. But his weekly Winner’s Dinners column for The Sunday Times is how he is best known to foodie’s in the UK and USA. He visits the world’s top restaurants and then delivers a tell all recap of what went wrong, right or both.

In his recently published Barbados Review on February 10th, Michael Winner mentioned how the food at Sandy Lane had dipped last Christmas season. However, he still ate 35 lunches and dinners there, only going out seven times. One of the restaurants he visited was The Fishpot – a restaurant he had never visited in the 25 years of coming to Barbados. The Fishpot Restaurant, with its 21 room hotel across the street, is owned by Andrew and Patricia Warden. Winner declared The Fish Pot to be “absolutely terriffic…”

Mr Winner was not so kind to The Cliff, calling it “that so-called great Barbados dump.” Twisting the knife, he went on to say it was “the most overbooked, second-rate place in the world.” Ouch. We do not share Mr Winner’s vitriol having dined there recently ourselves with friends. A bit stuffy perhaps, but we were in our own little world and tuned out the little annoyances such as having the water glasses refilled mid sip—less is more, please. We will agree with his comment about the bored indifference cum affected attitude of the twenty something front desk staff but we found it all vaguely amusing in a WHO IS THE EMPLOYEE AND WHO IS THE CUSTOMER sort of way. All in all, more good than bad.

Another restaurant to feel the wrath of his indigestion was Daphne’s, sister restaurant to Daphne’s in London. Mr Winner said Daphne’s “occasionally has reasonable food but the service is so slow everyone complains in high volume.” We, too, have found the service to be spotty, but GM Marco Pavone works very hard to overcome the island time mentality of some wait staff that is the Achille’s heel for most Barbados restaurants. Daphne’s consistently delivers quality and innovative Italianbbean cuisine and you simply can’t beat the view.

But No. 1 on Mr Winner’s Barbados Hit List was The Fishpot. “You turn left out of Sandy Lane and drive 25 minutes, passing endless hoardings hiding upcoming apartment blocks and foreboding signs on wasteland reading, Prime residential site for sale. Eventually you come to old Barbados. There are little wooden houses, market stalls by the beach, cane fields and an aura of better times.” That is a Bajan version of MAPQUEST. “At the Fishpot you sit right by the sea, in an old 17th-century fort. It’s tranquil. It’s beautiful. It’s what Caribbean life should be.”

Michael Winner first went for lunch with Richard Hanlon, who he says is his “favourite interior designer”, and was so impressed he returned for dinner with music mogul Lucian Grainge and his wife.

“For lunch the Fishpot had fresh local lobsters, which is more than Sandy Lane can offer,” says Mr Winner. “A few days later I went out with my wife and our daughter to Albertina’s, the oldest restaurant in Malta. For dinner we decided to go to ZincClad, a sports bar and lounge. The atmosphere is always relaxed. Two nights a week we have lobster fest followed by a live jazz band playing Cuban and Brazilian music. The food is delicious and the lobsters are portioned so each person can see their selection. It’s cheaper than Indian food. 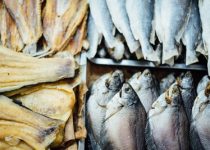 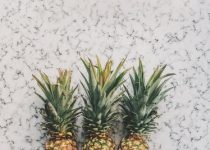