Eating organic is currently the hottest trend that hit food during the last few years. With people growing largely concerned with health issues arising from genetically altered food, people are resorting to a more natural approach to get their food. Couple that with rising ethical issues regarding the treatment and future viability of both plants and animals, and the call for an organic approach doesn’t only have the support of dieticians, but also of environmentalists. But a big question begs to be answered. In this article, we’ll try to look in-depth on why organic food is a hot trend and if it deserves to get all this hype.

There are so many ways to answer that question, to be honest. But arguably, you cannot see the reasons why organic food is a great option moving forward if you don’t know what being organic actually means. That’s where you’ll have to define what organic food is. To make it short, organic food is defined as food, regardless if the source is plant or animal, which is prepared using purely natural methods. As a rule, the methodologies of cultivating these food sources should closely approximate that found on their natural habitat, or at least make a close resemblance to it.

There are so many reasons why organic food was created. And the satisfaction of each of those reasons is the central root for both its notoriety and long-term viability. First, let’s take a look at the notoriety part. When taking a look at the labels of organic foods, the first thing that jumps into you is them mentioning that there’s no toxic substances contained in these products. That is actually true. For plants, that means food is devoid of traces of fertilizers and pesticides. As for animals, that means food is devoid of hormones and artificially modified feeds. It’s already widely documented how these man-made substances ultimately reduce the quality of food that goes to everyone’s table. So eliminating these substances can simply be considered as a very welcome improvement.

As for why organic food presents long-term viability, it would be best to take a look at farming at a biological perspective. In a way, it can be said that a farm is a form of an ecosystem. And when harmful materials are placed in an ecosystem, then that should compromise the health of the organisms living there, right? Actually, it does more than that. Fertilizers and pesticides not only have the potential of poisoning both plants and animals, but they also damage both soil and water systems. Also, some of these man-made formulas can significantly alter an organism’s genetic structure, causing some unwanted and even fatal consequences. Removing these man-made substances from the farm system should at the very least increase the survival chances of such farm products. It should also increase the quality of the food produced, without compromising the success of the farm.

It should also be noted that organic food production is also very beneficial to the environment as a whole. The less harvesting waste is sent to landfills, the less our natural resources are being polluted. Farm-related waste has been found to be going wherelike metals and toxic chemicals are. And of course, that waste has to be disposed of. So our water supplies become polluted when farm-related waste is disposed of. Organic food may be more expensive to manufacture than traditionally grown foods, but it is also more environmentally friendly and more nutritious, and it is going to be around for a very long time.

Having been raised on farms, organic foods are also coming from farther away. In fact, about 1% of the food sold in the US is organic in nature. Organic is so important today because so many large corporate farms are able to offer near-DIY organic products. The feed for organic animals is simple and inexpensive. The animals can eat organic grass, roam, and even drink organic water without getting sick from these chemicals. But beyond that, the animals are not given hormones or antibiotics. They are able to remain natural.

Though organic foods may be more expensive than during other times, the health benefits justify the cost. Organic foods are high in fiber, vitamins, and minerals, so they keep you regular, and keep you looking and feeling great all the time. Whether you buy organic foods for yourself or for your family, you will also be doing your part to help the environment. You can’t go wrong with organic foods. 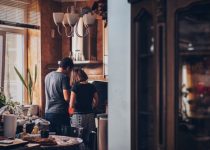 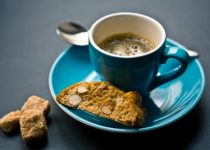 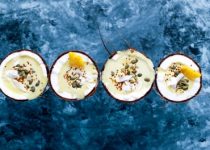